Complete the form below to receive the latest headlines and analysts' recommendations for Domino's Pizza with our free daily email newsletter:

Domino’s Pizza, Inc. (NYSE:DPZ) CFO Jeffrey D. Lawrence sold 1,470 shares of the firm’s stock in a transaction dated Tuesday, September 29th. The stock was sold at an average price of $425.00, for a total transaction of $624,750.00. Following the completion of the sale, the chief financial officer now owns 2,257 shares of the company’s stock, valued at approximately $959,225. The transaction was disclosed in a document filed with the SEC, which is available at this hyperlink.

Domino’s Pizza (NYSE:DPZ) last announced its quarterly earnings data on Thursday, July 16th. The restaurant operator reported $2.99 EPS for the quarter, beating the consensus estimate of $2.25 by $0.74. Domino’s Pizza had a net margin of 12.11% and a negative return on equity of 14.01%. The business had revenue of $920.00 million during the quarter, compared to analysts’ expectations of $913.62 million. During the same period in the previous year, the business posted $2.19 EPS. The business’s quarterly revenue was up 13.3% compared to the same quarter last year. As a group, analysts expect that Domino’s Pizza, Inc. will post 12.8 earnings per share for the current year.

The firm also recently disclosed a quarterly dividend, which was paid on Wednesday, September 30th. Shareholders of record on Tuesday, September 15th were paid a dividend of $0.78 per share. This represents a $3.12 annualized dividend and a yield of 0.73%. The ex-dividend date was Monday, September 14th. Domino’s Pizza’s payout ratio is 32.60%.

Domino's Pizza, Inc, through its subsidiaries, operates as a pizza delivery company in the United States and internationally. It operates in three segments: U.S. Stores, International Franchise, and Supply Chain. The company offers pizzas under the Domino's brand name through company-owned and franchised stores. 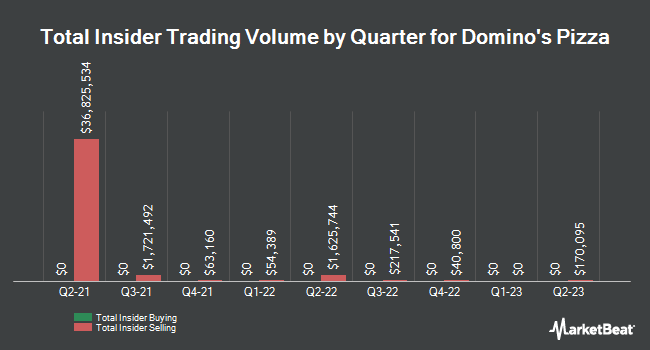 Edison International Expected to Announce Earnings of $1.38 Per Share