Complete the form below to receive the latest headlines and analysts' recommendations for National General with our free daily email newsletter:

Convergence Investment Partners LLC bought a new stake in shares of National General Holdings Corp (NASDAQ:NGHC) during the second quarter, according to the company in its most recent 13F filing with the Securities and Exchange Commission. The fund bought 34,645 shares of the insurance provider’s stock, valued at approximately $749,000.

National General (NASDAQ:NGHC) last released its quarterly earnings results on Friday, July 31st. The insurance provider reported $1.36 earnings per share (EPS) for the quarter, beating the Zacks’ consensus estimate of $0.81 by $0.55. The business had revenue of $1.27 billion during the quarter, compared to the consensus estimate of $1.36 billion. National General had a return on equity of 16.97% and a net margin of 6.60%. The business’s quarterly revenue was up 4.1% compared to the same quarter last year. During the same period in the previous year, the company posted $0.67 EPS. On average, sell-side analysts expect that National General Holdings Corp will post 3.22 EPS for the current year. 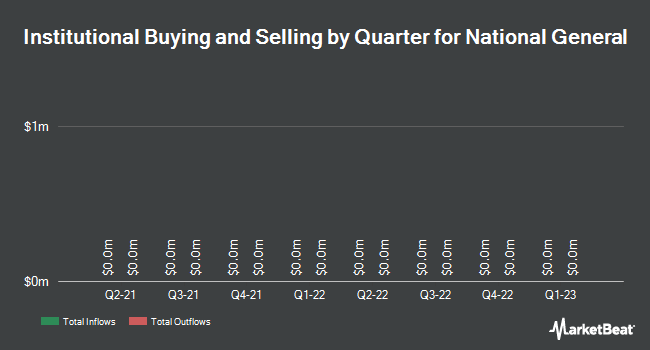