Complete the form below to receive the latest headlines and analysts' recommendations for Empire State Realty Trust with our free daily email newsletter:

On average, analysts expect that Empire State Realty Trust will report full year sales of $576.26 million for the current fiscal year, with estimates ranging from $575.83 million to $576.69 million. For the next year, analysts forecast that the company will report sales of $580.41 million, with estimates ranging from $579.56 million to $581.25 million. Zacks’ sales averages are a mean average based on a survey of research analysts that follow Empire State Realty Trust.

The business also recently disclosed a quarterly dividend, which will be paid on Tuesday, June 30th. Investors of record on Friday, June 19th will be given a $0.105 dividend. The ex-dividend date of this dividend is Thursday, June 18th. This represents a $0.42 annualized dividend and a yield of 6.10%. Empire State Realty Trust’s dividend payout ratio is currently 46.67%.

Read More: What is the Fibonacci sequence? 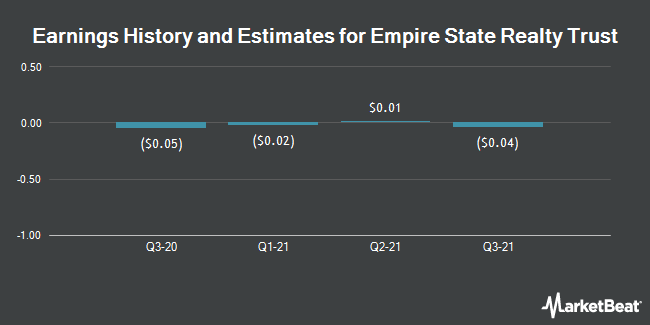