Complete the form below to receive the latest headlines and analysts' recommendations for WhiteHorse Finance with our free daily email newsletter:

WhiteHorse Finance (NASDAQ:WHF) last issued its quarterly earnings results on Monday, March 2nd. The investment management company reported $0.39 earnings per share (EPS) for the quarter, topping the Thomson Reuters’ consensus estimate of $0.36 by $0.03. The company had revenue of $17.41 million during the quarter, compared to analyst estimates of $16.49 million. WhiteHorse Finance had a net margin of 45.98% and a return on equity of 9.92%. As a group, analysts predict that WhiteHorse Finance will post 1.53 EPS for the current year.

The business also recently declared a quarterly dividend, which will be paid on Friday, April 3rd. Stockholders of record on Friday, March 27th will be issued a dividend of $0.355 per share. This represents a $1.42 dividend on an annualized basis and a dividend yield of 16.88%. The ex-dividend date is Thursday, March 26th. WhiteHorse Finance’s payout ratio is presently 93.42%.

WhiteHorse Finance, Inc is a managed, non-diversified, closed-end management investment company which operates as a direct lender targeting debt investments in privately held, lower middle market companies located in the United States. Its investment objective is to generate returns primarily by originating and investing in senior secured loans, including first lien and second lien facilities, to performing lower middle market companies across a range of industries that typically carry a floating interest rate based on the London Interbank Offered Rate. 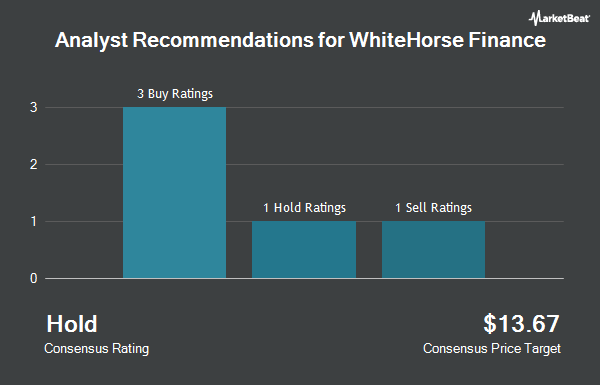 Gevo Raised to “Buy” at ValuEngine

$21.37 Million in Sales Expected for Pacific Biosciences of California This Quarter