Complete the form below to receive the latest headlines and analysts' recommendations for Expedia Group with our free daily email newsletter:

Expedia Group (NASDAQ:EXPE) posted its quarterly earnings results on Thursday. The online travel company reported $1.24 EPS for the quarter, beating the Thomson Reuters’ consensus estimate of $0.87 by $0.37, Fidelity Earnings reports. Expedia Group had a net margin of 4.26% and a return on equity of 13.45%. The business had revenue of $2.75 billion during the quarter, compared to analyst estimates of $2.76 billion.

Expedia Group, Inc, together with its subsidiaries, operates as an online travel company in the United States and internationally. It operates through Core OTA, Trivago, HomeAway, and Egencia segments. The company facilitates the booking of hotel rooms, alternative accommodations, airline seats, car rentals, and destination services from its travel suppliers; and acts as an agent in the transactions.

Further Reading: What are economic reports? 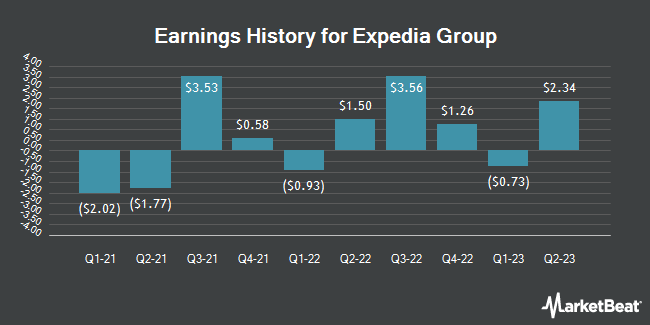