Complete the form below to receive the latest headlines and analysts' recommendations for TreeHouse Foods with our free daily email newsletter:

In other TreeHouse Foods news, CAO Thomas Emmet Oneill III sold 6,400 shares of the company’s stock in a transaction that occurred on Wednesday, November 27th. The stock was sold at an average price of $49.11, for a total value of $314,304.00. Following the transaction, the chief accounting officer now directly owns 109,076 shares of the company’s stock, valued at approximately $5,356,722.36. The sale was disclosed in a filing with the SEC, which is accessible through the SEC website. 1.50% of the stock is owned by insiders.

Further Reading: What is a recession? 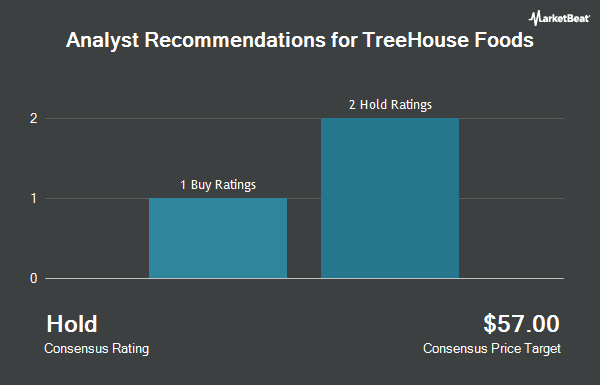